Corevist came to FatCat Strategies with a problem.  The short version of the story is one day they spent the greater part of a day talking with a potential client, finding out hours later that they were using a version of SAP that Corevist does not integrate with.  They had an idea for a quiz that would qualify leads before getting to that point again.  The quiz is built from the ground up to handle multiple paths – different questions based on the answer on question 2.  Each answer gives the user some additional details based on the answer they’ve chosen, and there are certain questions that will result in the “Sorry, wrong answer” page – like the version of SAP being used.  At the end of the quiz, the lead lands on a green page asking for more information, where they can be reached.  An email is sent to Corevist with the client’s answers and the lead is called back to further discuss their needs.

Future improvements on this project include integrating into Zoho for the qualified leads, being able to see a CSV output of all of the entries (qualifying or not), and maybe some reporting. 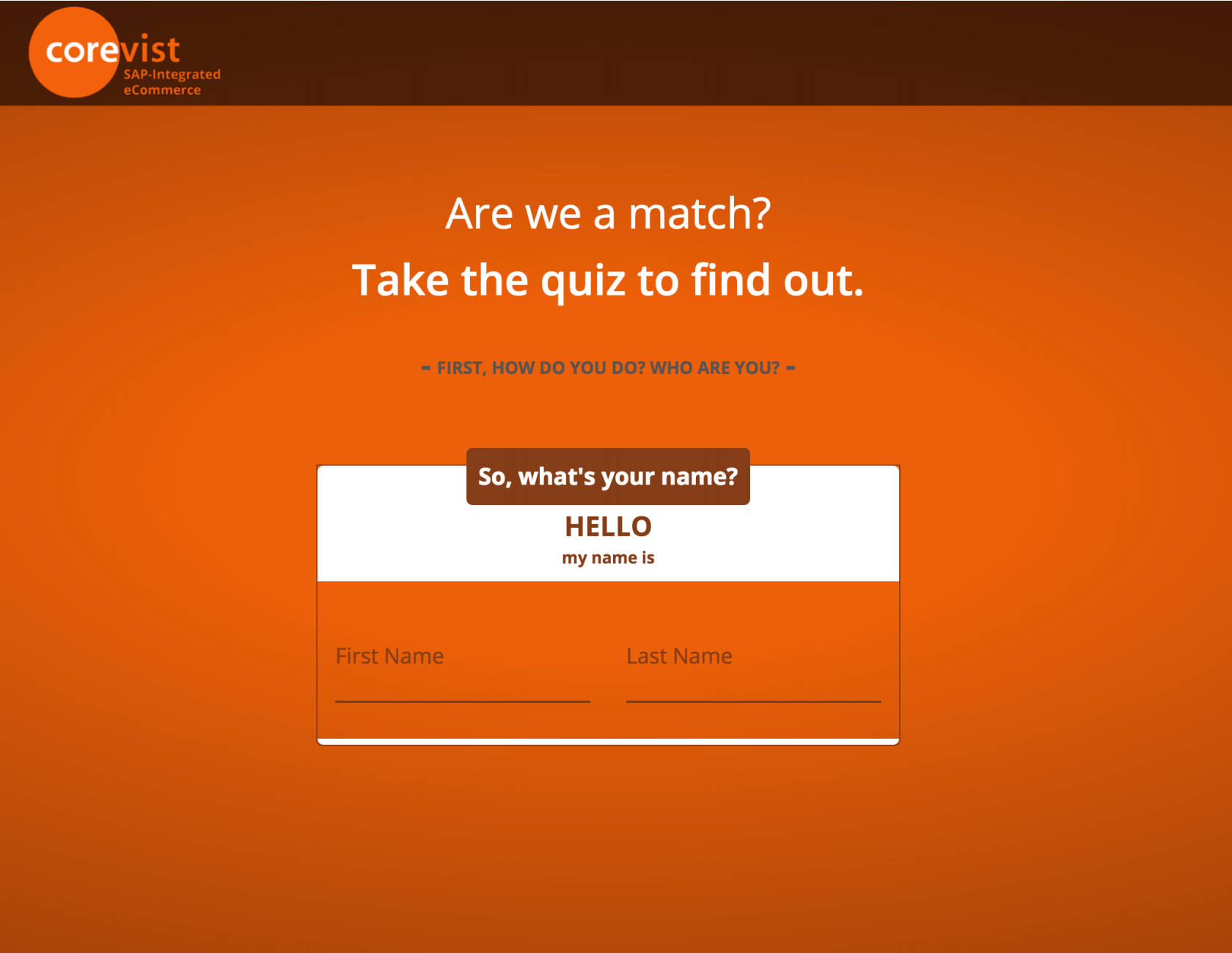 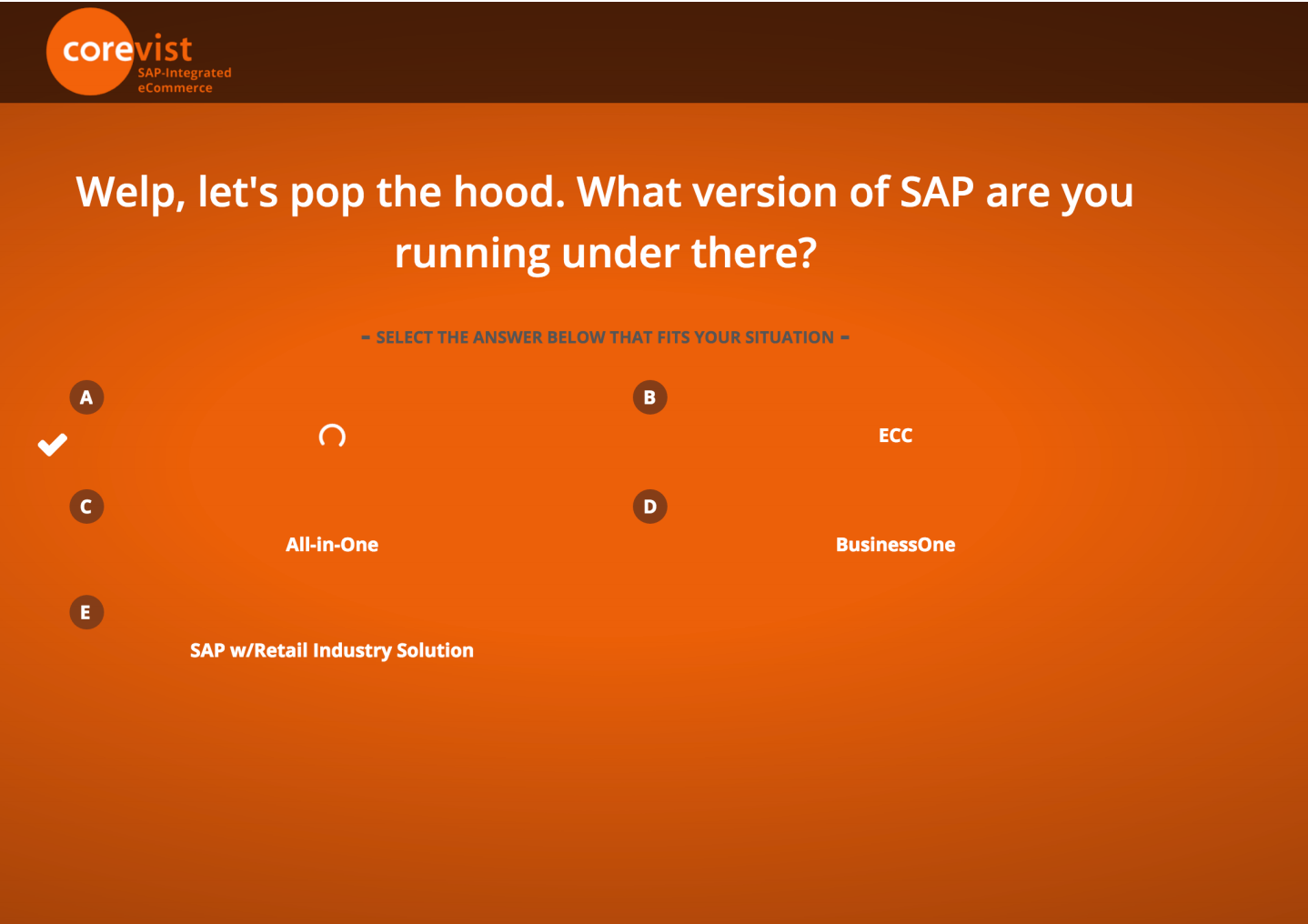 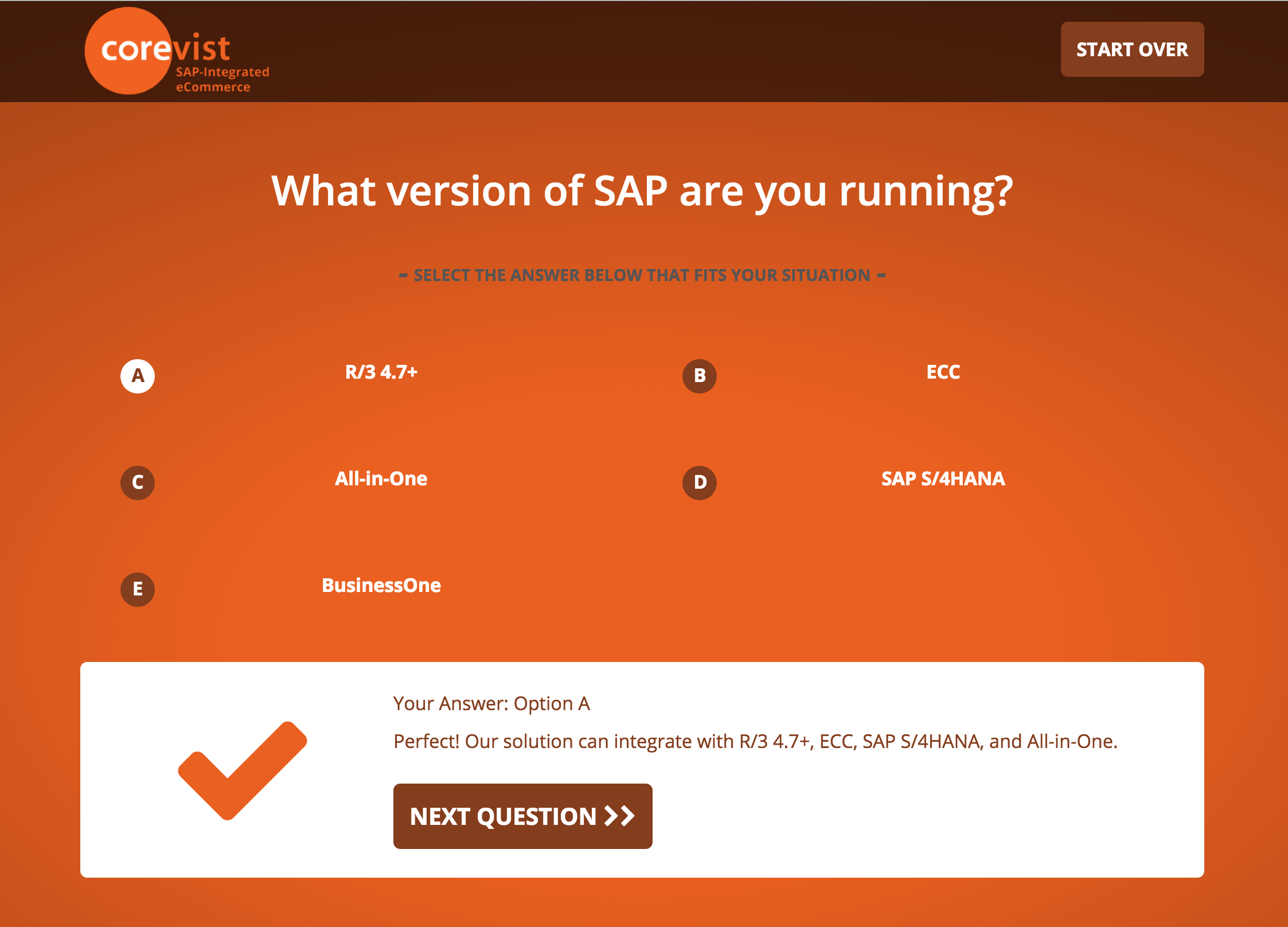 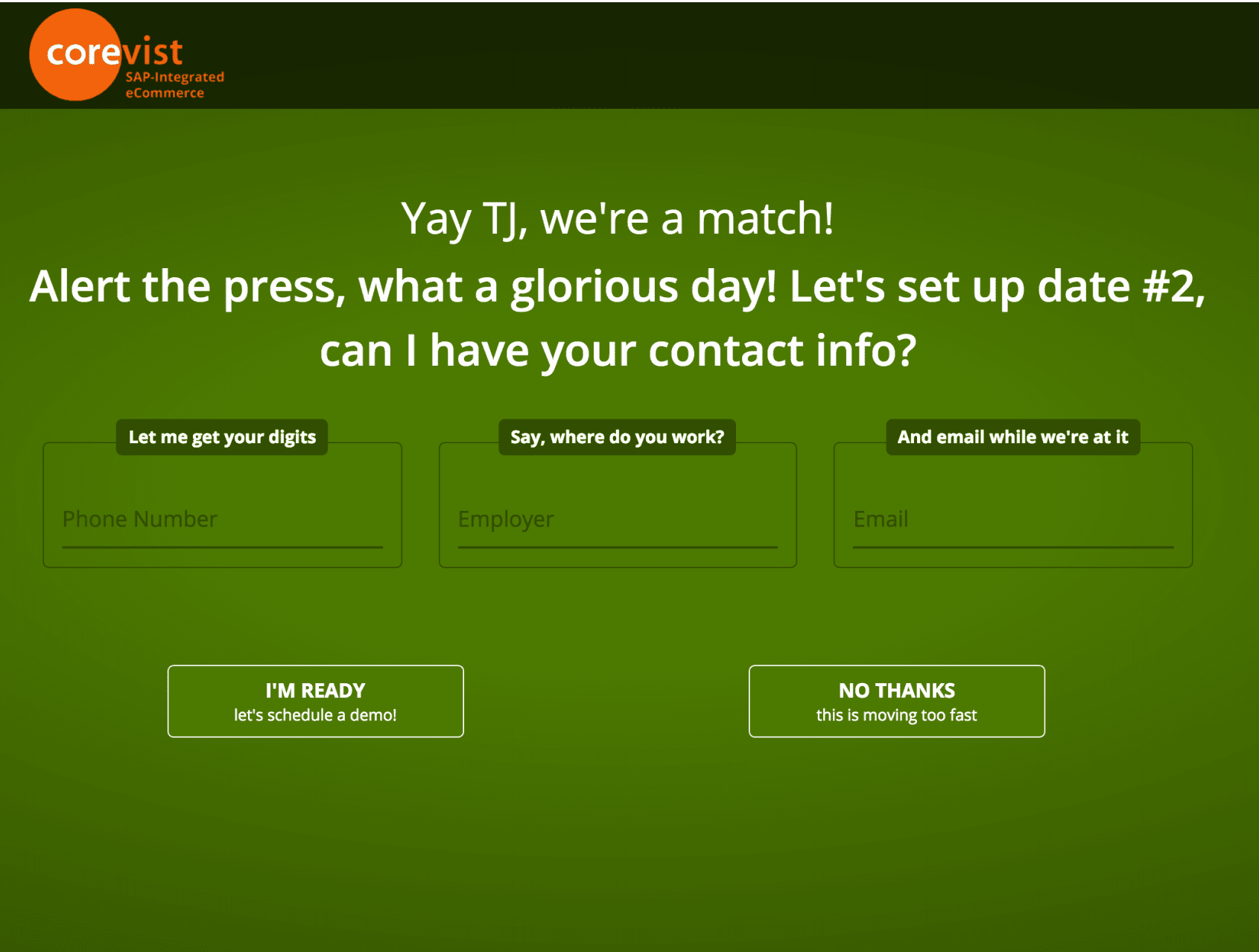 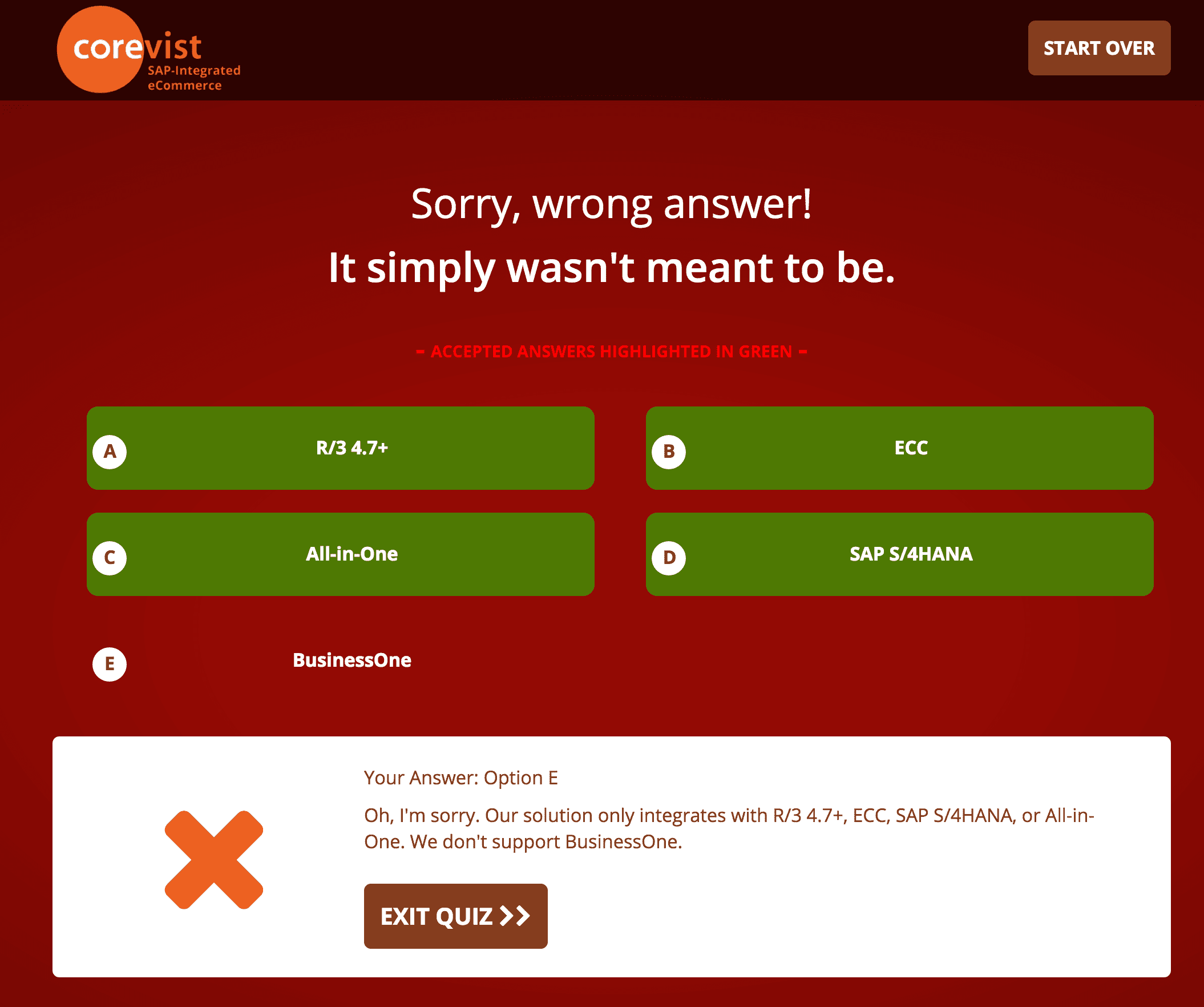